Sixth warmest January in series since 1884

The warmest January on record was 1916 with a mean temperature of 6.3 °C, which is a notably long-standing climate record. 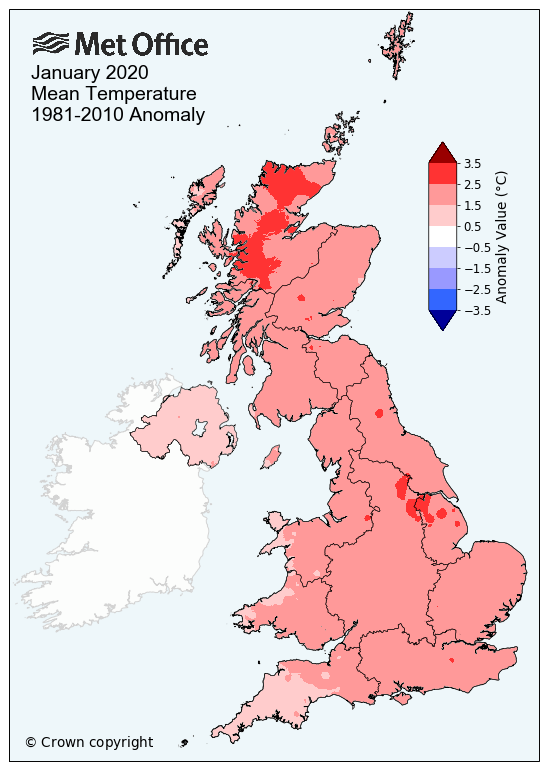 In line with the theme of higher than average temperature, the number of days of air frost was considerably below average; where air frost is defined as a day in which the minimum temperature falls below freezing (0 °C).

Dr Mark McCarthy is the head of the Met Office’s National Climate Information Centre. He said: “January 2020 experienced only five days of widespread air frost the fewest recorded for January since 1990, and third lowest in a series from 1960.

“The weather station in Morpeth, in Northumberland, has broken a 135-year January record by not observing a temperature of 0.0 °C or below during the month.” 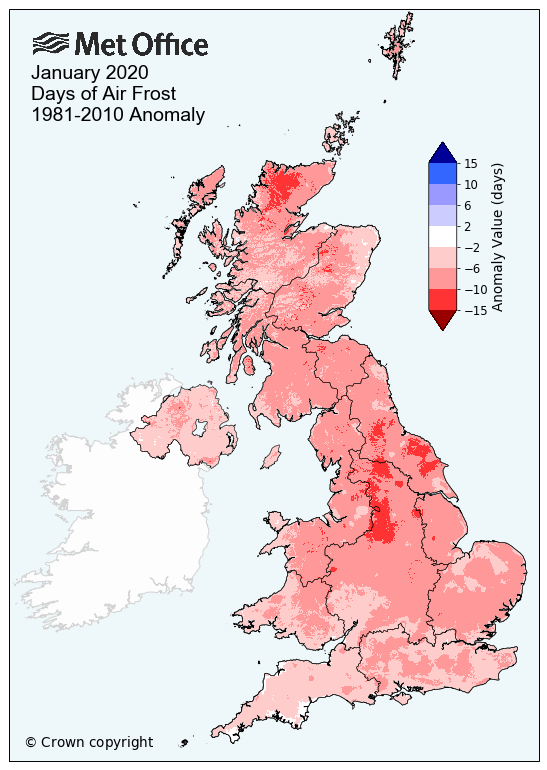 Rainfall saw mixed fortunes, with Northern Ireland, eastern Scotland and north east England all recording a relatively dry January with Inverbervie, Aberdeenshire recording 15.6 mm, just 30% of its average January rainfall and the driest place in the country in January. In contrast, north-west Scotland was wetter than average, with 655mm of rain at Achnagart in Ross and Cromarty, which is 151 % of average and was the wettest place. 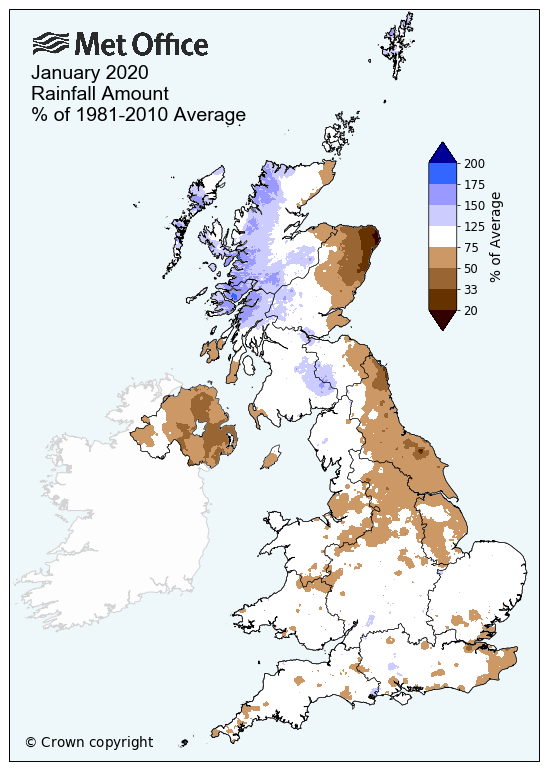 An east-west contrast was also apparent for sunshine with the sunniest place in the country during January being Leconfield, Humberside with 145 % of average sunshine while Stornoway and Tiree recorded their dullest January on record with just 42% and 38% of average respectively. 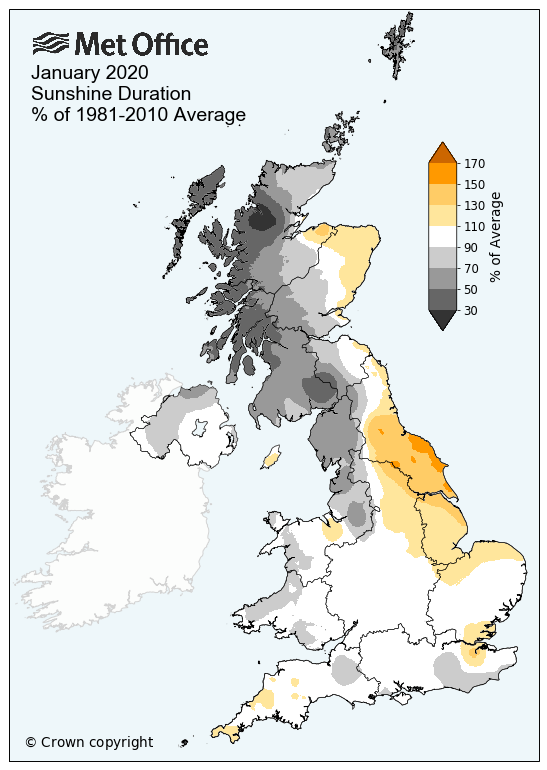