100 years of women in public service – past, present and future

Earlier this year a Suffrage Flag began travelling around the UK to government departments and agencies to increase national awareness and mark the 100 years since women got the right to vote. We were delighted to host the flag at our head office in Exeter today.

We received the flag yesterday afternoon from the Environment Agency and it spent the night in the Flood Forecasting Centre, a partnership between our two organisations. Our Suffrage Flag event then started in earnest this morning, with speeches by our Director of IT, Charlie Ewen, and Strategic Relationship Manager Rebecca Hemingway.

The flag was raised by weather balloon and marked the start of our Equali-tea, a family-friendly event for our staff and their guests, with opportunities to learn about and discuss women’s suffrage, inspirational women and the importance of diversity.

Met Office staff at front-line stations also held Equali-teas to join in with the celebrations. Attendees had a go at making their own sashes, rosettes and banners highlighting challenges for democracy and hopes for inclusivity and diversity (and some demands for more cake).

The event ended as we handed the flag on to Exeter City Council. In a look to the future and as a reminder of the ongoing importance of ensuring equality and diversity, we invited local children to conduct the handover.

Take a look at our photo gallery below to see some of the events of the past couple of days. 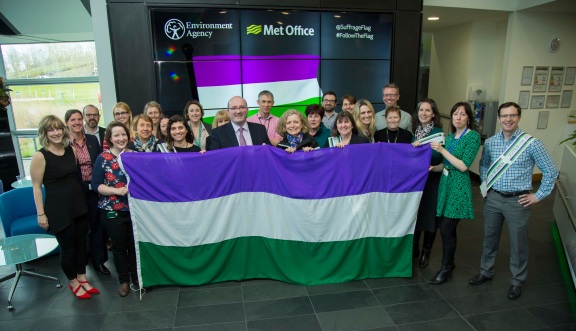 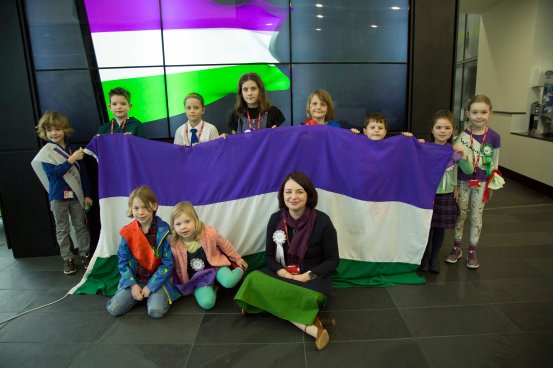 4 Responses to 100 years of women in public service – past, present and future