Impacts of extreme space weather on the UK

A recently published paper assessing the impact of an extreme space weather event on the US power grid suggests the total cost of an electricity blackout, both direct and indirect, could reach a staggering $40 billion a day, but that is probably very much at the upper end of estimates.

When thinking about the impacts in the UK it is important to bear in mind the UK’s power grid is estimated to be at far less risk than the US grid due to its design, configuration, and management.  However the potential impacts are such that space weather has been included on the Government’s National Risk Register since 2011.

There is no doubt the impacts from an extreme space weather event could be significant however as our understanding of space weather improves so will our estimates of its financial impacts.  Part of the UK’s response to mitigating potential risks was the creation of the Met Office Space Weather Operations Centre in 2014.

Coronal mass ejections (CME) are magnetised plasma bubbles released from the Sun, which if Earth directed, create geomagnetic storms capable of interfering with satellite based navigation and communications, aviation systems and disrupting power grids.  Accurate prediction of their arrival is essential when it comes to minimising the risk of impacts.

However the only permanent viewpoint of earth directed CMEsis a head- on, which is the most important. A side-view would dramatically improve estimates of the speed of CMEs, as demonstrated by the NASA Stereo mission, but there is no permanent operational spacecraft providing this side-on viewpoint. 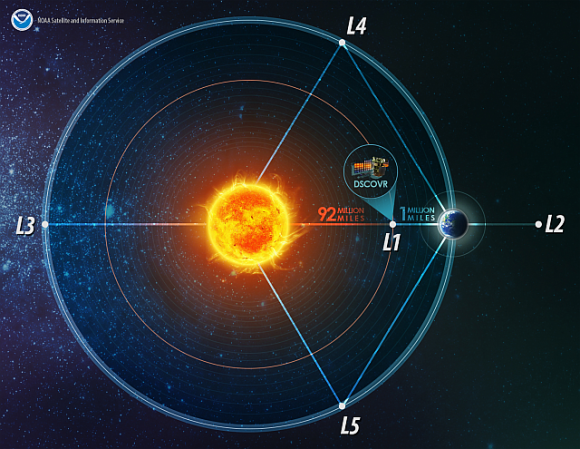 Although previously recognised, recent UK efforts, involving joint studies and an international workshop, have highlighted how essential a new spacecraft is and called for a mission to a gravitationally stable point in space known as Lagrange point 5 (L5).

Recognising how important this was to UK resilience the UK Space Agency increased its funding to the European Space Agency (ESA) and there are now European plans to develop and launch a new space-weather spacecraft to L5.  This could dramatically improve forecasts of solar storms that affect Earth.

The UK is a global leader in the design, manufacture and operation of spacecraft and space weather instrumentation putting UK organisations in a strong position to play key roles in the mission development.  It is hoped this mission will be operational through much of the 2020s working alongside the next US mission to L1 another stable point between the Earth and the Sun, already well populated with spacecraft.

A further international meeting “L5 in Tandem with L1: Future Space-Weather Missions Workshop” is being held in London in March.  This will bring together space agencies, scientists, spacecraft manufacturers, instrument developers, modellers and forecasters to consolidate global efforts to protect our planet from space weather.