The challenge of taking the temperature of the world’s oceans

Sea-surface temperature measurements are an essential component in the production of the average global temperature figures. Without data from the oceans we wouldn’t see 70 per cent of the world’s surface and we would get an unrepresentative picture of global change. But piecing together an accurate picture across the vast expanse of the world’s oceans and decades of time and technical changes is extremely challenging. 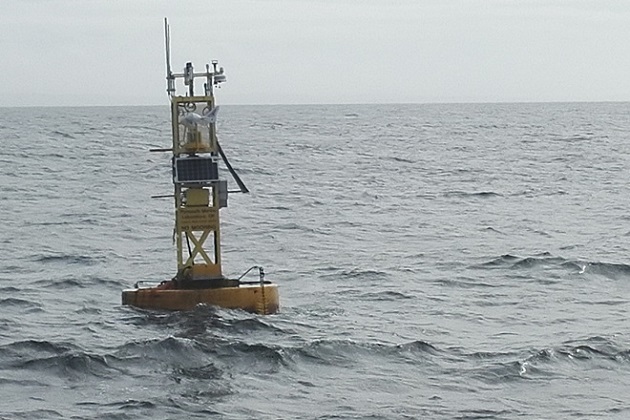 Buoys, such as this one off the South Devon coast, are becoming increasingly important in measuring sea-surface temperature. Picture: Grahame Madge (Met Office).

When putting together global temperatures, there are two main sea-surface temperature data sets: one, produced by the Met Office Hadley Centre, known as HadSST3; and another, produced by NOAA, known as ERSSTv4. A new scientific paper in the journal ScienceAdvances has drawn attention to small differences between these data sets, and between two of the National Oceanic and Atmospheric Administration’s data sets (ERSSTv4, and its earlier version ERSSTv3). The new study suggests there have been some small improvements to how the global rate of warming is represented in NOAA’s latest data set, which warms slightly faster in recent years. 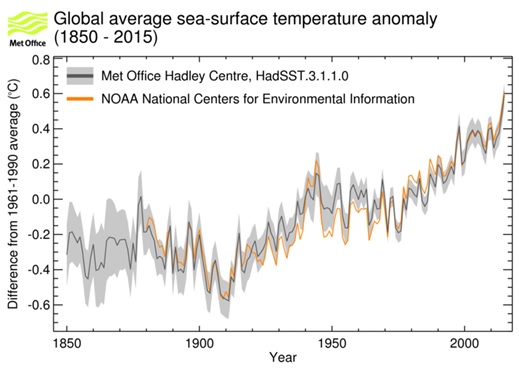 It is important to note there is variability in global temperatures such that trends, for example over 15-year time periods, slow down and speed up, as part of the longer term global warming trend seen over the last century.

John Kennedy is a scientist with the Met Office Hadley Centre who helps to collate figures for global average temperature. He explained: “The sea-surface temperature measurements used in the global data sets are made by both ships and buoys. The data that both we and NOAA use come from the International Comprehensive Ocean Atmosphere Data Set and are updated in near real-time using data sent over the global telecommunication system. Because we use the same basic data, differences between the data sets largely come from the different ways scientists deal with the changing mix of measurements over time.”

Although the network of buoys is expanding, ships still provide vital data. John Kennedy added: “Ship-based measurements have been made in a variety of ways. The most frequent current methods are: engine-room measurements, where a thermometer is inserted into a water-inlet pipe in the ship’s engine room; and hull sensors, which make temperature measurements through the ship’s hull.”

It is possible to make accurate measurements in these ways but, on average, the measurements being recorded had been found to be a bit warmer than the true sea-surface temperature.

John Kennedy added: “However, it appears that since the early 2000s, the ship-based measurements have been getting progressively cooler, relative to buoy measurements. The reasons for this are still unclear but, if not accounted for, it could lead to an underestimate of changes in global sea-surface temperature.”

Scientists managing the different data sets have applied adjustments to the data to account for these kinds of changes. However, the approaches they take are quite different and give slightly different results. One key difference is that the team working on NOAA’s latest data set have applied an adjustment to the ship data which accounts for the cooling seen in the data since the early 2000s. 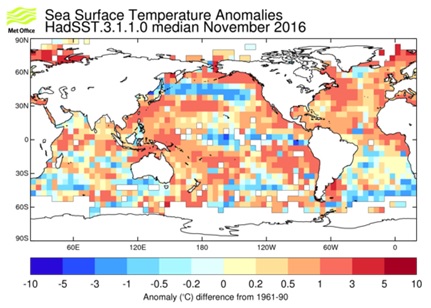 This new study uses a number of shorter data sets. Each of these is based on measurements made purely from a single type of instrument, avoiding dealing with a changing mix of measurements. They look particularly at instruments, such as Argo floats – which give high-quality measurements – and satellite datasets that are somewhat independent of the surface networks. By comparing these to the different global sea-surface temperature data sets, they provide independent confirmation that the adjustments applied in NOAA’s latest data set have led to a more accurate estimate of global sea-surface temperature change over the past 20 years.