The LG Groves Awards were set up in September 1946 in memory of Sergeant Louis Grimble Groves who died on 10 September 1945.

Before the modern technology or satellites that we use today, weather data needed to be collected in person. This often involved flying into extremely treacherous conditions as this was the only way of collecting accurate data. It was on a meteorological sortie like this that Sergeant Groves and eight other men lost their lives.

The data collected from these flights were used to plan military aeronautical deployments and were invaluable in managing the significant threat which the weather posed to our armed forces and the success of military operations. Throughout WWII there were a total of 18 squadrons and 750 men involved in 16,000 flying meteorological sorties. Sadly 52 of these aircraft never made it home.

Sergeant Groves’ parents Major Keith and Dorothy Groves set up the LG Groves Awards with the aim of building a legacy and recognition of those working to improve aviation safety, hoping to prevent accidents such as the one in which their only son Louis died. To mark the 70th anniversary of the awards, a new memorial has been dedicated at the crash site as part of the 2016 LG Groves Awards ceremony. 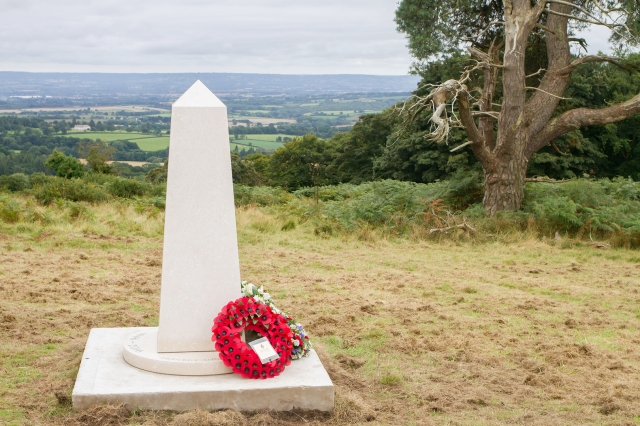 Memorial for those who died in the Halifax MET MK III X9-N crash, of No 517 Squadron based at RAF Brawdy.

This year’s Meteorological Observation Award went to Dave Sewell. Dave joined the Met Office as an Assistant Scientific Officer at RAF Boulmer in 1985 and now leads a team that observe and forecast quality. He is known for always looking to develop the less experienced forecasters to improve the standards in his area.

The Meteorology Award has been given to Nigel Roberts. Nigel is a leading expert in convective-scale modelling and predictability which is important for aviation forecasting and safety. The models Nigel has been working on have transformed the capability of forecasting systems used by the Met Office for regional predictions and local weather detail.

Attending the 70th anniversary awards ceremony Julia Slingo, Met Office Chief Scientist, noted “The LG Groves Awards serve as an important reminder of why we constantly strive to improve the relevance and reliability of our predictions of hazardous weather across timescales, in order to save lives and livelihoods, and the important role of observations in that endeavour”.

Attendees at the 70th Anniversary of the LG Groves Awards.

The Met Office continues to work closely with the RAF , and also provides vital services to the commercial aviation sector.

More information on the LG Groves awards can be found online here: http://www.lggrovesawards.com/home.html