Climatologically, tropical cyclone activity across the northern hemisphere often peaks in the period from late August through the first half of September. This year is no exception with six tropical cyclones currently active across the Atlantic and Pacific oceans.

In the western Pacific, Typhoon Lionrock has been active for almost two weeks. It is due to make landfall over the northern part of Honshu, the main island of Japan, in the next few hours (Tuesday UK time). Whilst the centre of the typhoon has avoided Tokyo, it is still expected to bring heavy rain and some flooding over many areas of eastern Japan. Lionrock is then expected to curve across the Sea of Japan and bring heavy rain to parts of south-eastern Russia, North Korea and north-eastern China in the next few days before dissipating.

Across the other side of the Pacific Ocean intense hurricanes Madeline and Lester are moving westwards. Madeline is currently category 4 on the Saffir-Simpson Hurricane Wind Scale and is heading towards Hawaii. The eye of Madeline may pass just to the south of the Big Island later this week, but is still likely to produce large sea swell and heavy rain.

Even after Madeline has moved away from Hawaii, the islands will remain on alert for Hurricane Lester which is currently category 3 on the Saffir-Simpson Hurricane Wind Scale. Current forecasts indicate that it is most likely to pass just to the north of the islands at the weekend. However, there is still some uncertainty and a track closer to Hawaii is possible. 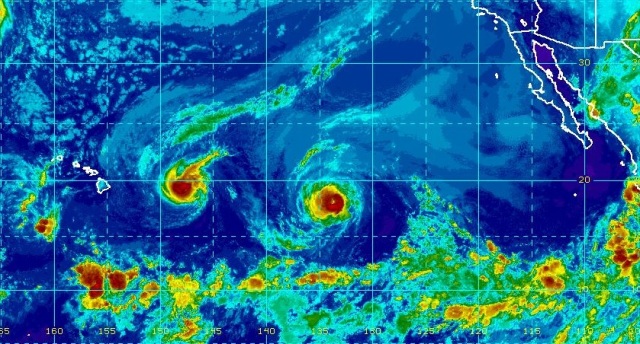 In the Atlantic Ocean there are two tropical depressions which remain just under tropical storm strength and thus have not yet been named. In the Gulf of Mexico Tropical Depression Nine is expected to become a tropical storm soon and is likely to move north-eastwards making landfall over the Gulf coast of northern Florida on Thursday. At this stage the storm is not expected to become a hurricane before landfall. Florida has experienced an exceptionally long ‘drought’ of hurricanes with none having made landfall over the US state since Wilma in 2005.

Tropical Depression Eight is located just to the south-east of the Outer Banks of North Carolina. This depression is expected to strengthen into a tropical storm, but is then likely to turn north-eastwards and move away from the US east coast.

Finally, Hurricane Gaston remains at category 2 strength in mid-Atlantic. It is expected to remain a hurricane as it tracks north-eastwards in the next few days, but then weaken as it crosses the Azores. Whilst there has been some speculation that Gaston could directly affect the UK, at this stage it looks like the storm will decay well short of the UK with some residual moisture contributing to an unsettled spell of weather at the weekend and early next week. 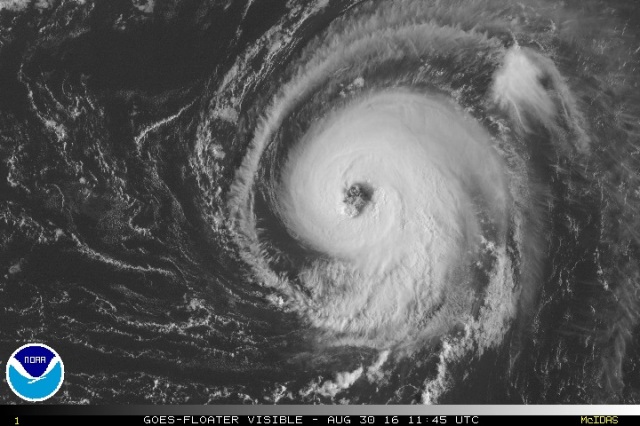 Official warnings for the latest tropical cyclones in the western North Pacific are produced by the Japan Meteorological Agency. Central North Pacific warnings are issued by the Central Pacific Hurricane Center and eastern North Pacific and North Atlantic warnings by the US National Hurricane Center. The Met Office routinely supplies predictions of cyclone tracks from its global forecast model to regional meteorological centres worldwide, which are used along with guidance from other models in the production of forecasts and guidance. We also provide updates on current tropical storms via @metofficestorms on Twitter.