The weather on the day of the Queen’s birth

Today is the Queen’s 90th birthday and if you are out and about today the weather for many of us should be dry and fine with some weak sunshine. However back in 1926 when the Queen was born the picture was a little different.

The weather was unsettled and stormy across the UK on this day back in 1926 as a low pressure system over the North Sea weakened.  As can be seen on the hand drawn chart below it was a fairly cloudy start to the day with moderate northwesterly to westerly winds (13 to 18 mph) and rain in places, some of which could have been thundery. 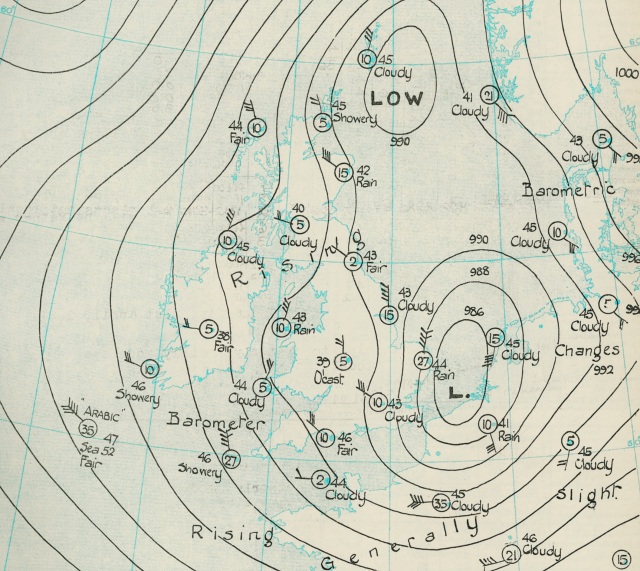 If you compare the chart for 1926 with the one for today you can see the difference. In 1926 low pressure dominated but now there is high pressure over the Atlantic which, while bringing largely settled weather for today, will drag cold air down from the north over the weekend resulting in unseasonably low temperatures and a risk of snow for some.

The Met Office has an archive  of weather data which you can access if you want to check out what the weather was like on the day you were born.

The weather is the reason the Queen celebrates her birthday twice each year – once on the anniversary of her birth, and also on her “official” birthday in June.

This tradition was started in 1748 by George II  who was born in November, and it was felt the weather would be too cold for an annual birthday parade.  So instead, he combined his official birthday celebration with the annual Trooping the Colour.

All British sovereigns continue to be given the option of having an “official” birthday.

Keep up to date with the latest forecast information on our forecast pages, Facebook and Twitter sites and via our Weather App.