Ensuring greater public safety and raising awareness of severe weather were two principles at the heart of the thinking behind the Name Our Storms initiative, devised and managed by the UK and Ireland’s National Met Services: the Met Office and Met Éireann.

Launched last year as a pilot project, Name Our Storms has seen 11 storms named where strong winds have affected the UK or Ireland. The series began with storm Abigail, which was named on 10 November.

Andy Page is a Chief Meteorologist at the Met Office. He said: “We have had a high level of engagement with the public since the creation of the Name Our Storms initiative. This feedback tells us that the system is helping to meet one of its key objectives of raising public awareness. However, as we move into spring, we’re increasingly being asked whether the trial should have stopped as many people seem to strongly associate wind storms with autumn and winter, than with spring.

“Well, meteorologically, it is fair to expect an increased frequency of storms during autumn and winter. But with Name Our Storms being such a valuable device, we didn’t feel it was appropriate to pack it away for the season while it is still performing a valuable service.

“Equally, most people could assume that you’re less likely to use an umbrella over the spring and summer, but most sensible people would keep one handy at any time of year in case it’s needed. That is how we feel about Name Our Storms.” 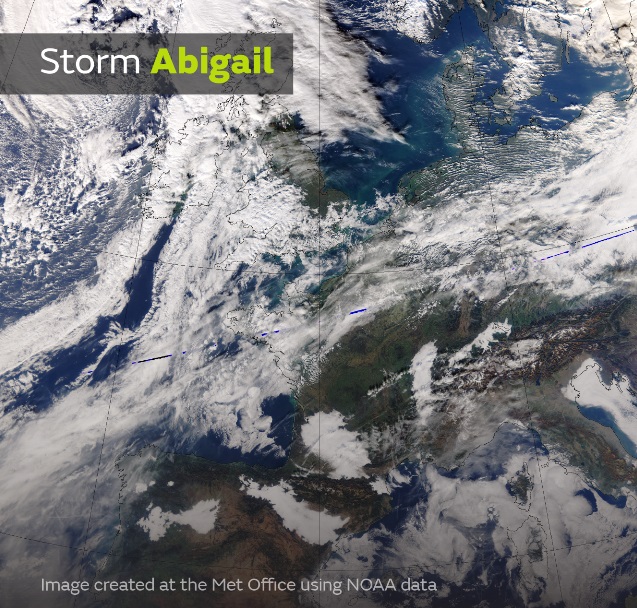 Storm Abigail was the first storm to be named under the Names Our Storms initiative. It was named on 10 November, 2015.

The criteria used for naming storms is based on our National Severe Weather Warnings service. This is based on a combination of both the impact the weather may have, and the likelihood of those impacts occurring.

For a storm to be named, it must be forecast to have a medium or high impact from strong winds.

This entry was posted in Met Office News and tagged Met Eireann, Name our storms, Storm Abigail. Bookmark the permalink.
%d bloggers like this: