The scheme will help ensure the organisation has engineers that are able to deliver the business needs in the future, and the Met Office is working with the Institute of Engineering and Technology with a view to provide an accredited Apprenticeship Programme.

For the apprentices the programme will be seen as the start of a career in electrical/electronic engineering with the organisation. They will study at Exeter College as well as attend placements around the Observations Team, being involved in new technologies, and general operation and maintenance practices.

If successful, the candidates will complete a full apprenticeship programme over a number of years starting with an NVQ Level 2, with the view to them completing a Level 4 NVQ by the end. Numerous posts will then be available both within Observations and other areas of the office.

At the launch, the Met Office Observations Group were presented with the Apprentice Torch in recognition of their efforts to set up this new Apprentice Programme. 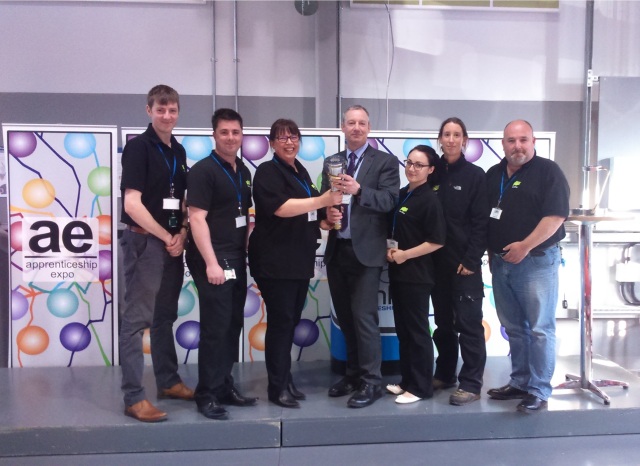 The Met Office Observation Group were presented with the Apprentice Torch by John Laramy who will taking over as Principal for Exeter College from the end of March.

More information about this Apprentice Programme and other vacancies within the Met Office can be found on our current vacancies page.