Summer returns but no heatwave

There have been some stories in the press that a heatwave is on the way later this week.  Although we are expecting temperatures to rise over the coming days with some pleasant early summer weather, any very warm weather will be fairly short-lived.

After an unseasonably cold, wet and windy start to June and the meteorological summer, high pressure is expected to build across southern parts of the UK from Wednesday, resulting in a much quieter and more pleasant spell of weather.

By Friday, a plume of hot air from the continent could bring temperatures in the mid 20s°C  across south eastern parts of the country, but this in turn is likely to trigger some thundery showers. So although temperatures are likely to peak on Friday, this may not necessarily be accompanied by blue skies and sunshine, as a good deal of cloud is possible along with rather humid and hazy conditions. 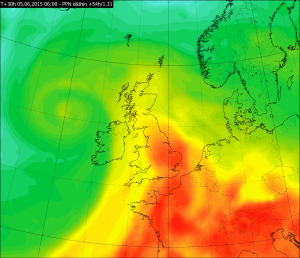 Deputy Chief Meteorologist Martin Young said “although things will be a good deal warmer than of late, there still remains considerable uncertainty about how hot it will be and exactly where will see the highest temperatures on Friday, and the public should keep in touch with the latest forecasts”.

This coming weekend is likely to see temperatures a little lower than Friday’s in the south east, but plenty of pleasantly warm sunshine is expected across much of the UK with temperatures widely in the high teens, and reaching the low 20s°C  in parts of the south.

1 Response to Summer returns but no heatwave