How powerful was Monday’s storm?

The storm that swept across southern parts of the UK caused widespread disruption and included a gust of almost 100mph, but how does it compare to previous storms?

It’s not just the numbers

In terms of the severity of the winds, you don’t have to go far back to find a more powerful storm than this – in January 2012 we saw winds of over 100mph in Edinburgh for example.

There are two things that made this storm so significant. Firstly, the timing – arriving in October when the trees are in full leaf and therefore much more vulnerable to strong winds.

Secondly the track of this storm was key. Along the northern and western coasts of Scotland and northern Ireland winds of 70-80mph are not that exceptional because they are on the more usual track of Atlantic storms.

However, powerful Atlantic storms are seen much more rarely across southern parts of England and Wales – which means these areas are much more susceptible to strong winds.

All this combined meant that the storm had a significant impact – with fallen trees causing the majority of disruption. 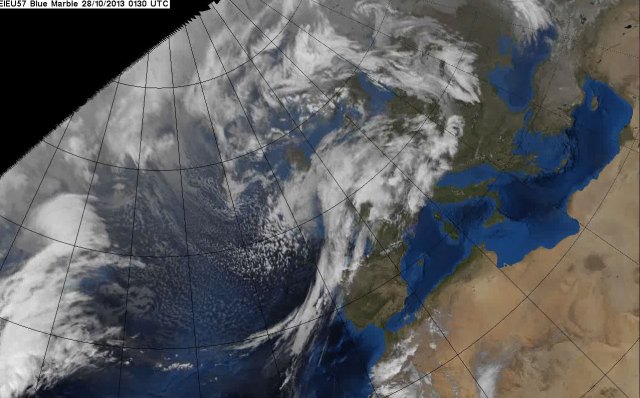 Satellite image showing the storm tracking across the UK

When did we last see a storm like this?

With that in mind, to find a similar storm we’d have to look at those which affected southern parts of England at a time when leaves are still on the trees (likely to be autumn).

To find a storm of similar strength that fits these criteria you’d have to go back to 27 October 2002. That storm brought winds of similar, or higher speeds, affecting most of England and Wales, and leading to widespread impacts.

Where does Monday’s storm rank in the longer term records?

There are many different ways of comparing storms – from looking at the strongest gusts, to mean wind speeds, to the area affected or the severity of impacts.

The Met Office National Climate Information Centre (NCIC) looked at autumn storms in southern England over the past 40 years, analysing the number of weather stations across the region which recorded a gust of 60 knots (69mph) or more for each storm.

From this they put together the ranking below which suggests Monday’s storm was within the top 10 most powerful autumn storms in southern England in the past 40 years.

Mike Kendon, from the NCIC, said: “This is just one technique for analysing storms and doesn’t necessarily tell us how severe an impact any particular storm had. On 16 October 1987, the maximum gusts we saw were much more powerful than those seen in 2002, and it was those very powerful winds – of up to 115mph – which caused the majority of the damage.

“What our analysis does tell us is that Monday’s storm was certainly one of the most significant autumn storms for at least a decade in terms of its strength and its impacts – even if it’s not on a par with some of the most powerful or damaging storms we have seen in the UK’s historical records.”