The UK’s weather will see marked contrasts over the next few days – with heavy rain in the west today and very warm weather in the south east.

Forecasters at the Met Office have issued severe weather warnings for the rain across parts of western Britain today.

Rainfall amounts could reach 60 mm or more in parts of Wales and northern England, accompanied by strong winds. This could cause some disruption in places. The rain will ease during the early hours of Saturday morning. 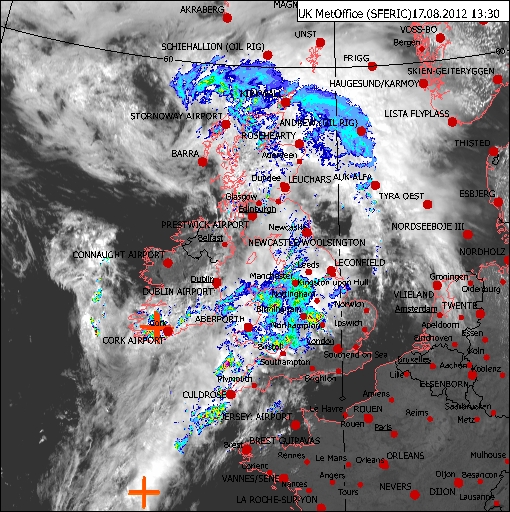 In the South East of England, it will be much drier and will become oppressively hot as warm and humid air spreads up from continental Europe.

Temperatures are expected to rise into the high 20s Celsius today and over the weekend, and perhaps even the low 30s Celsius in parts of Kent and East Anglia on Sunday.

It remains to be seen whether the temperature will rise above the hottest seen so far this year, with 30.7 °C at St James’s Park in London on 25 July. 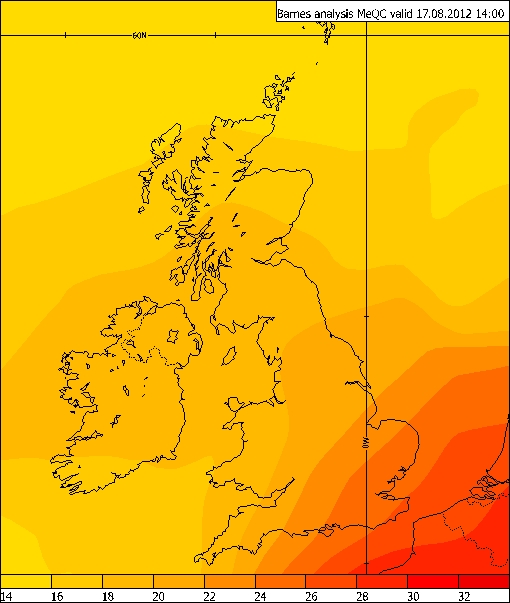 While it will be mainly dry in the South East, there will be some cloud around and any sunshine will be quite hazy with fog lingering along some coasts. There may even be a few thundery showers later on Sunday.

Met Office Chief Forecaster Martin Young said: “While it will be hot in the South East, we’re not expecting wall-to-wall sunshine and it will feel quite humid and oppressive over the weekend. As we head into next week, south westerly winds will push that humid air away to bring fresher conditions, and showers to north west Britain.”

For the latest information, keep up to date with our online online forecasts and warnings.