The NASA Space Apps Challenge is now just over a week away and the Met Office is hosting the lead event for Europe over the weekend of the 21st and 22nd April. 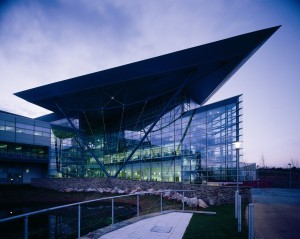 A number of challenges, presented by Met Office employees, have been accepted by the International Space Apps Challenge and are being followed by participants across the globe.

One of those accepted is the #HazardMap – Real time hazard mapping by scraping social media. This challenge was submitted by Jo Robbins, Weather Impact Research Scientist at the Met Office and Emma Bee, a Geographical Information Specialist who is on placement at the Met Office from the British Geological Survey.

Currently, gathering real-time, on the ground information of a hazard event such as a flood or earthquake as it happens is largely limited to the professional media. Even then it can take time for journalists to report the situation.

However, as was seen during the Japanese Earthquake in 2010, social media (Facebook, Twitter, YouTube, Flickr etc) was used extensively to gain situational awareness. Social media was also used by individuals affected by the disaster as a medium to tell their friends and family that they were safe.

The challenge for this project is to see if real-time information about hazard events can be harvested from social media, or other public data, and presented in such a way that is useful to professionals working within an operational hazard centre environment and the general public.

As well as using open government data, Teams at the event will also be using our recently launched DataPoint web service. This gives access to operational UK weather data and observations as well as exploiting other open data sets available from the Met Office and other participating organisations.