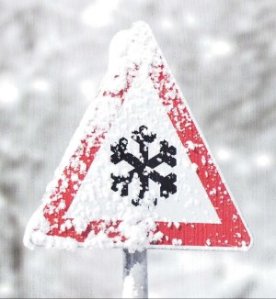 This has been a challenging week for the Met Office. As early as last weekend our forecasters identified the potential for some very severe weather to affect the UK at the end of this week. Our forecasting systems had identified a possible area of significant development, which if this were to happen would result in a rapidly deepening, vigorous low pressure system running across the UK bringing with it storm force winds and the potential for widespread disruption to travel as well as the possibility for structural damage and uprooted trees.

Although we were quite sure this low would cross the UK at the end of the week, there was also the potential it may not develop and consequently cross to the south of the UK and instead of stormy winds, bring the risk of heavy rain and snow fall.

And here is where the challenge began.  When the weather is not feeling too predictable how do we make sure we give sufficient warning to people, when the impact of such weather could be so high but the probability of it happening is relatively low?

Right from the beginning of the week our forecasters and advisers have briefed local and national governments and resilience communities on the risks associated with the developing weather situation so that they are fully aware of the potential for this storm. We worked hard to show the range of uncertainty in the predictability of the weather and then honed in on the detail as it became clearer through the week.  This is what the Met Office does best and we have had some very positive feedback.

Our television forecasters at the BBC and ITV, have kept the public right up to date with the latest details of the forecast from the Met Office. The BBC forecast went as far as showing alternative possible forecasts on Tuesday evening highlighting the possible impacts the weather may bring at the end of the week.  These forecasts have been extremely well received by those who saw them and, along with a range of videos on the Met Office website with our Chief Forecasters have kept everyone well-informed on what could be expected.

Our latest forecasts show that the low will track to the south of the UK, with the strongest winds confined to the English Channel and across the near continent. The Met Office has been liaising with MeteoFrance, our counterparts in France, on the severe weather now expected there.

Having said that, it will still be windy along parts of the south coast and our attention for the UK turns to the risk of heavy rain and snow. Warnings have been issued to the public and the resilience community with the potential for heavy rain in southern most counties of England and snow in parts of Wales, the Midland and southern and southeast England through Friday morning.

We continue to show in our forecasts the most likely outcome as well as and what the weather might be like if the low were to push a little further north. Some may say this is just “sitting on the fence” but what this actually shows is how challenging it is to forecast the weather is the UK, and how good forecasts and targeted information can allow people to make the right decisions based on the best information when it really matters.